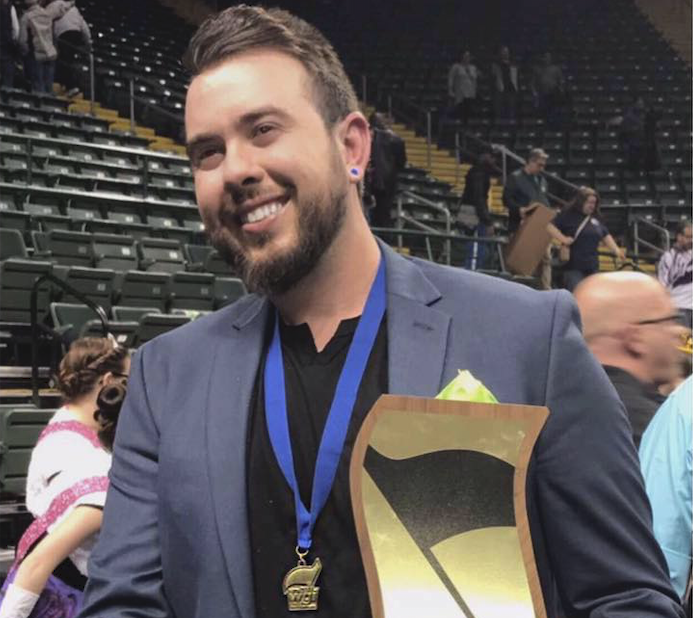 Enrique has been involved with education and the marching arts for over 16 years. His career began as a percussionist in high school where he was a member of the Kiwanis Kavaliers Drum and Bugle Corps for 2 years. After graduating high school in 2005, he then attended Florida International University and became a member of the Golden Panther Band. After just one year in the program, he was chosen to be the percussion section leader.  Aside from FIU, he was a member of the Seattle Cascades Drum and Bugle Corps as well. He began pursuing the color guard activity as a member of FIU Winterguard in 2006, and 2007. He then successfully auditioned and became a member of The Cadets Drum and Bugle Corps in 2008, and aged out in 2009 receiving a bronze medal at DCI World Championships. During that time, Enrique was a member of Braddock Independent World Guard from Miami, FL in 2009, 2010, and 2011 earning an independent world bronze medal at WGI World Championships. That same year he graduated from Florida International University with a Bachelors Degree in Psychology and a minor in Education.

After finishing school and his career as a performer, Enrique has had the opportunity to work with and teach many different programs in Florida over the years; Miami Senior HS, South Dade HS, Miami Killian HS, Southwest HS, Miami Springs HS, John A. Ferguson HS, Coral Reef HS, Somerset Academy, The Guard Company, Aquarius Percussion, Teal Sound Drum and Bugle Corps, and FIU Indoor Percussion. Currently he works with several FMBC finalist groups including Miami Coral Park HS, West Broward HS, Mater Academy, Santa Fe HS, and Gainesville HS. In addition, he is Director of Guards at Florida International University and led the team to it’s first world championship gold medal in Independent A class at the 2017 WGI World Championships. Most recently, FIU Winterguard was promoted to the open class, ending the 2018 season as a finalist and receiving the prestigious WGI Independent Open Fan Favorite award.